You are currently offline

Your device is offline, and you are viewing the page as it appeared the last time you accessed it on this device. Content may be out-of-date, and links to other pages might not work. 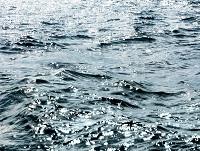 A review of all flood defences in Ystradgynlais is underway after nearly 50 properties suffered internal damage following torrential rain earlier this month.

The review, which will include feedback from residents, elected members and businesses, will assess what areas worked and where additional strengthening is needed after a month's rainfall in less than 24-hours.

Forty-six properties in the Ystradgynlais area suffered internal flooding with a number of others affected by surface run-off flood water. The council has already removed 400 tonnes of debris with another 200 tonnes still to go.

Cabinet Member for a Greener Powys, Cllr Jackie Charlton thanked residents for responding to a call for information into the impact of the flooding saying the feedback would be used as part of the flood defence review.

"The information will add to the hydraulic analysis of culvert and surface water systems currently underway and help develop potential flood defence improvements for the future," she said.

"The County Council is investigating opportunities for Welsh Government funding to repair existing flood defence and drainage infrastructure damaged by the flooding, as well as funding to provide new defences in the area.

"Many of the culvert and inlets that flooded or overtopped were inspected before the event but were completely overwhelmed by the volume of surface water. I was grateful for the response of council staff and emergency colleague, their hard work on the night was much appreciated.

"We will work with communities to do what we can to protect them against future flooding and support local actions to help address their understandable concerns, but there are no quick fixes. We will continue to inspect and maintain our culverts and drainage system, but it is clear they are failing to cope with the impact of climate change."

If your property was affected and you have not already been contacted by the Powys team, you can still report it using the following link Report a Flood or alternatively email the drainage team directly land.drainage@powys.gov.uk The council's Emergency Planning Out of Hours number is 0345 0544847.